BG Bonn 92 | Basketball Gemeinschaft BonnVereinU10.1: Another cake to be baked! 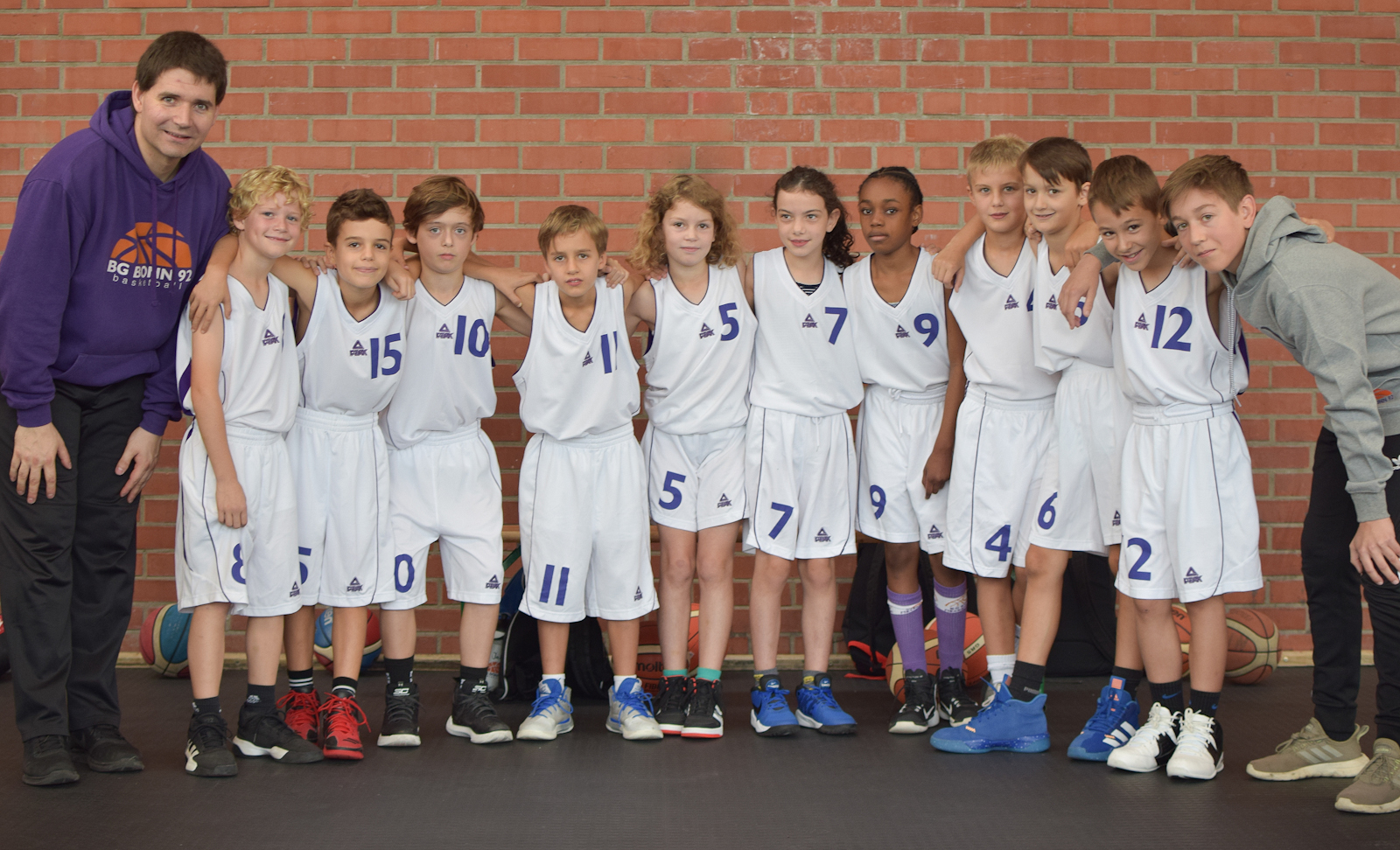 Our U10.1 team are continuing their run of competitive high scoring games, and todays game was another example of this.
They played at home to Leichtlinger TV.  There were 10 players fit to start, a nice change from the past weeks when a number of players were sidelined due to illness.  To add to the mix they had Jo-Jo and Kerry fill in for Coach Harald last minute but the team reacted well to this late change.
All were excited to play which reflected in the energetic but slow first score but once this went in nerves settled a little and after the 1/8 they led by 14-5.
The second eight was the closest of the game but BG Bonn still managed to lead by 1 point (6-5).  From here on the team worked hard, in particular on defence making it very hard for Leichlinger to break through.  On offence there were many fast breaks, with nice fast passes up court to the eager runners.  This team are always at their best when they look up, pass and cut, letting the ball do the work.  This wasn’t always evident today but Bg Bonn finished the strongest of the two teams and did continue to work hard.
With a final team tally of 100 points our U10.1 celebrated when after some nice team movement and passes, Nicolas was open for the pass from Oliver and took his opportunity to score a 3-pointer and hit the 100 mark.  Another cake to be baked!
Final score:  100-26
Todays team: Theo, Vicky, Liam, Niki, Oliver, Finja, Antonella, Nicolas, Jakob and Max.
Teile diesen Beitrag: